Portfolio > In the Crowd

In the last decades of the nineteenth century and the first decades of the twentieth, thousands of men and women were murdered by mobs in the United States. The victims of lynching included people of all races and ethnicities, but the majority of them were African American men who died at the hands of white men, women, and children. The perpetrators of lynching were rarely prosecuted, and in the twentieth century lynching was so implicitly condoned that it became a public spectacle; crowds numbered in the thousands for planned and advertised murders.

The mob gained community consent largely through a pervasive discourse that suggested lynching was a response to a black man’s rape of a white woman. Even when rape was not an explicit accusation, people believed lynching was committed as retribution for a sexual attack. In other words, lynching was perpetuated through the rhetoric of protecting the purity of white womanhood.

In this series of images I explore the legacy of lynching for the white women in whose name lynching was performed. Working with photographs of lynchings, I have isolated actual white women and girls in the crowds. Reducing these figures to their minimal forms, I have made white silhouettes that recall the projections of nineteenth-century phantasmagorias, spectacles of light and shadow that created ghostly apparitions. The series plays on and inverts the registers of black and white so powerfully set forth in Kara Walker’s silhouettes, and engages in a visual dialogue about white women and lynching elicited by Kerry James Marshall’s Heirlooms and Accessories (2002). Ultimately, I am interested in the ways that white womanhood haunts lynching, and also in the ways that white women must, in turn, be haunted by the horrors performed in their name.

This series of images was published in African American Review 42:1 (Spring 2008). 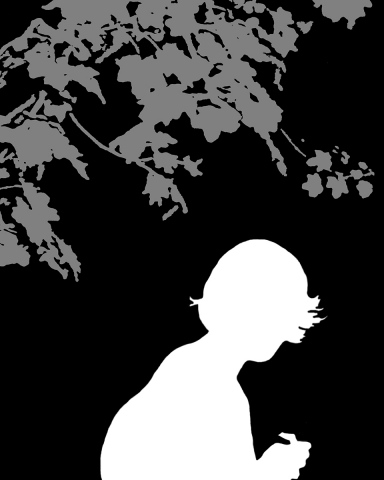 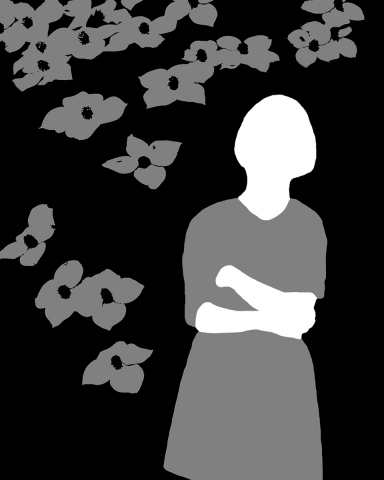 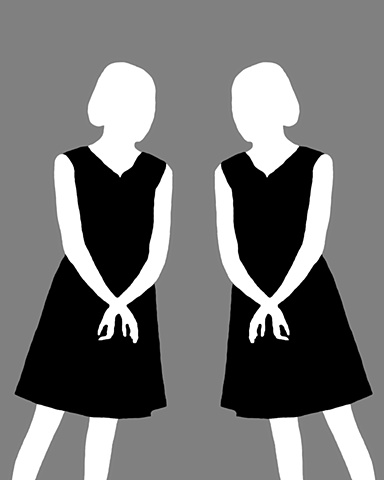 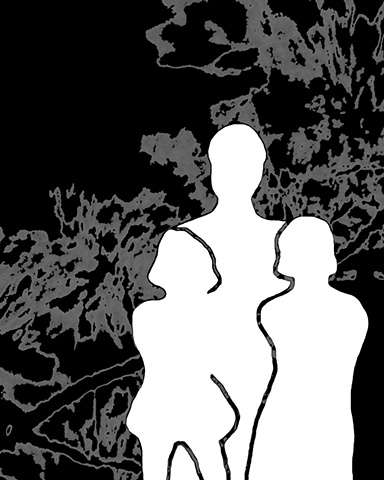 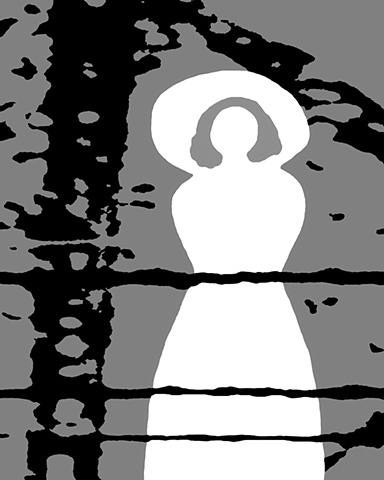